That is to say, Happy St. Patrick’s Day! Already well into the month of March, and with this Irish holiday fast approaching, many might be wondering where or how to best celebrate. It is, after all, one of the season’s more social festivities.

You need look no further than McCormick’s Irish Pub & Restaurant, located in the heart of downtown Wayzata. First opened in 2011, by Tim McCormick and his business partner Michael Simpson, the concept for the restaurant was inspired by Tim’s Irish ties. First and foremost, Ireland was his grandparents’ home, establishing an ancestral connection that embedded all things Irish deep into his roots. 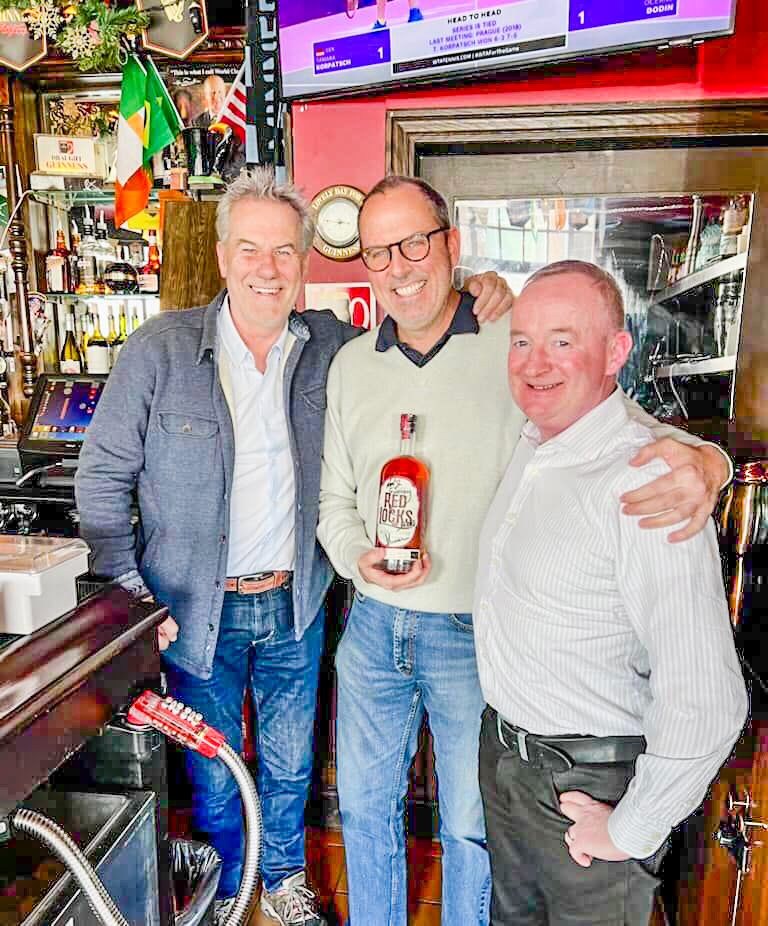 Tim then spent time in Boston, a city world-famous for its Irish influence. These experiences, along with his personal visits to the country, propelled him toward restaurant ownership, toward building a menu and creating an ambiance that harkens back to the village pubs that many, including himself, frequent while visiting the country.

A Guinness sign hangs prominently in the bar area, evidence of the seriousness with which the establishment takes not only its beer selection but the manner in which it is served. The best method for pouring a Guinness is hotly debated, with Tim taking the classic approach. In his mind, there should always be overflow, as it’s a sure indication that the guest is receiving a proper twenty ounces.

Along with this quintessential Irish beverage, McCormick’s boasts a wide variety of more obscure beers, along with Irish Whiskey. The goal? To provide locals and visitors with a taste of Ireland, be it a more common or lesser-known flavor!

Even the restaurant’s 2015 expansion embodied all things Ireland. While the bar always reflected the traditional pub scene, the additional dining space, designed by the late Jim Dayton, was modeled after the Kildare Street Club. Now a museum, it was once one of Dublin’s most famous social clubs. In the 1800s, Kildare’s card rooms, billiard tables, and overall décor oozed absolute elegance.

Everything from McCormick’s artwork to the chandeliers and even the paint color was chosen to reflect this high society gathering place. And this new space, combined with the existing, quickly established McCormick’s as the perfect mix of two of Ireland’s social worlds: the pub and the club.

With a love of Ireland at its core, it makes perfect sense to celebrate Saint Patrick’s Day at McCormick’s. On the day of, that is to say Thursday, March 17, the restaurant will have live music, Irish dancers, and even bagpipes. Whether you pull up a stool at the bar or make a reservation for dinner, plan to sip some Guinness and try the traditional corned beef and cabbage dish on offer.

For those waiting until the weekend to observe the holiday, rest assured that McCormick’s has you covered as well.  On Saturday, March 19, they’re hosting a tent party. Along with the standard food and beverages available, patrons can enjoy live music by Johnny James and the Hall of Flames. It promises to be a lively evening. 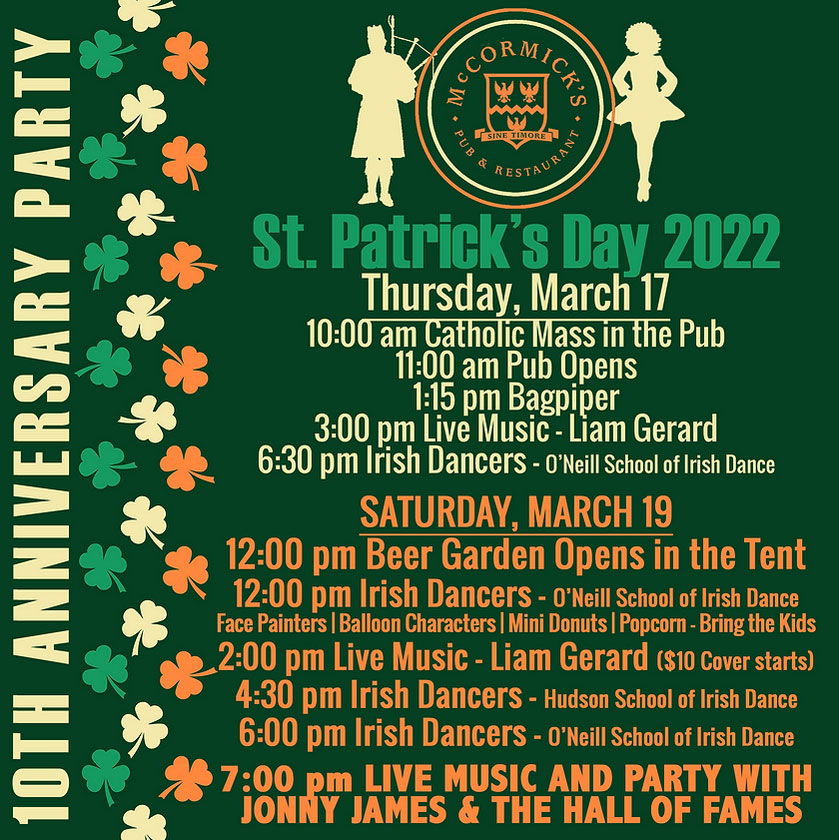